SHOT OF THE DAY 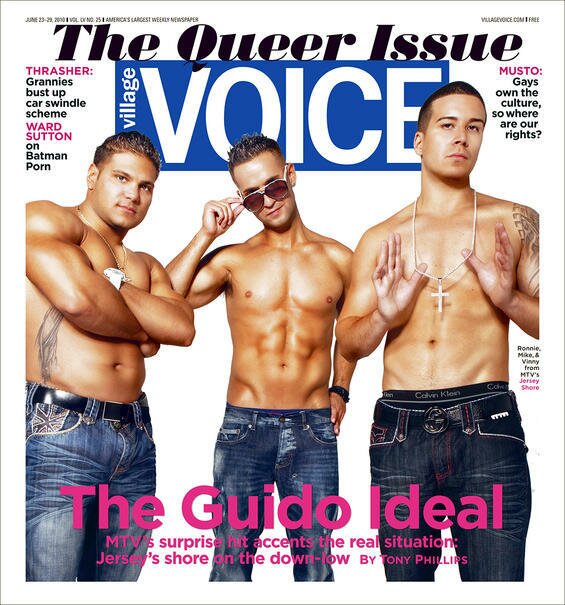 It's Gay Pride Week in New York City, so the Village Voice has released their annual "Queer Issue".  The funny thing is that it features three of the guys who are followed by the "Jersey Shore" cameras and consequently identify as straight men.

The folks over at the village voice made Vinny Gaudagnino, Ronnie Ortiz-Magro, and especially Mike "The Situation" Sorrentino look as gay as possible in photos like this one below as a chance to talk about Jersey Guidos living on the down low. 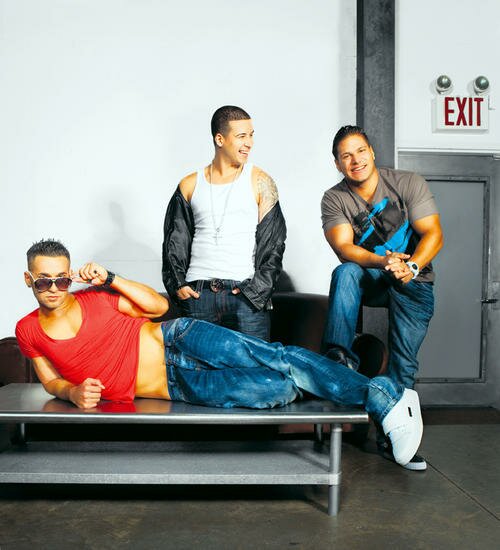 It looks like these boys officially got duped or will do anything for a little publicity.  Either situation could actually be true!

DJ Pauly D didn't participate in the queer Village Voice shoot, but from what we hear... many Jersey gays have seen all his glory on various gay hook-up sites.

This is the most distasteful thing Village Voice has ever done.

Thanks for the informative post. It helped me a lot. May the Force be with you.

TrackBack URL for this entry:
http://gaysocialites.blog/blog-mt/mt-tb.fcgi/1831